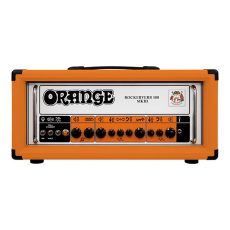 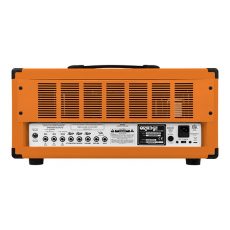 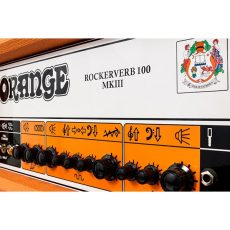 The Rockerverb 100 MKIII head combines over a decade of user feedback with a number of new details and improvements. In a first for the Rockerverb Series, the MKIIIs include selectable output power options to manipulate headroom and volume, switching down to 70, 50 or 30W. The MKIII also features the same footswitchable attenuator that has been so popular with users of our Thunderverb and Dual Dark Series amps.

The Clean channel has been revoiced on the new MKIIIs for a more ‘chimey’ response, but still retains the warmth and vintage character of a non-master volume design. The new models now have even greater headroom than previous versions, whilst the valve driven spring reverb now has a more extensive range with a brighter trail. Add to this a host of other hidden refinements and you have the finest sounding and most feature-laden Rockerverb to date.

HIGHLY VERSATILE TWIN CHANNEL DESIGN
The original Rockerverb gained a cult following on account of its iconic high gain tones. The MKIIIs of course continue this tradition, but these amps are immensely flexible. The Dirty channel goes anywhere from clean to crunch to the very heaviest modern saturation, and always maintains outstanding clarity. The non-master volume Clean channel has been re-engineered to take on a more ‘sparkly’ and ‘crisp’ nature but with greater control through a revoiced two band EQ section. The MKIIIs have even greater headroom and volume in full power mode should you need it but this can now be manipulated with the amp’s output power and Attenuator controls.

FOOTSWITCHABLE ATTENUATOR CONTROL
Cranked amp tones at ‘conversation volumes’. The Attenuator circuit is located after the master volume controls and determines when and how the amp distorts after the preamp stage. This means the overall volume level can be reduced, whilst keeping control over the entire amp’s clipping characteristics. Unlike a loadbox, our design ensures the all-important relationship between the output transformer and the speaker remains intact so, even at very low volumes, the amp remains springy and responsive. Turning the Attenuator control clockwise reduces the overall output level (i.e. increases the attenuation), which can be remotely defeated via a footswitch for a volume boost on either channel for lead lines.

SWITCHABLE OUTPUT POWER
Switching the amp’s output power allows for more control over the headroom and breakup from the output valves. Reduce the output for greater output valve clipping and saturation at lower volume levels. The Rockerverb 100H MKIII features both a ‘half power’ mode which drops the plate voltage on the output valves, and a 2 or 4 valve selector switch for a choice of 100, 70, 50 or 30 Watts.

FOOTSWITCHABLE VALVE DRIVEN SPRING REVERB
Driven by an ECC83/12AT7 valve and a custom transformer, the spring reverb circuit in the MKIII has undergone significant upgrades. Brighter and more controllable than its predecessor, this lush spring reverb circuit covers everything from ‘air’ to full-on surf.

VALVE BUFFERED FX LOOP
For the purist who loves their pedals, our highly transparent effects loop is buffered by a single ECC81/12AT7, ensuring an all-valve signal path from input to output. 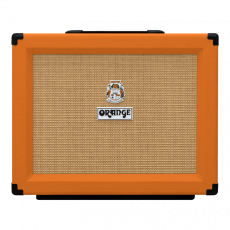 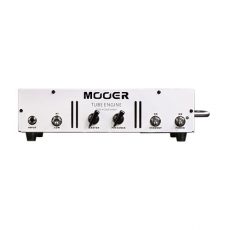 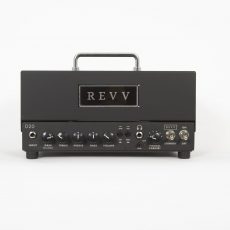 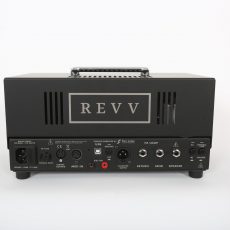